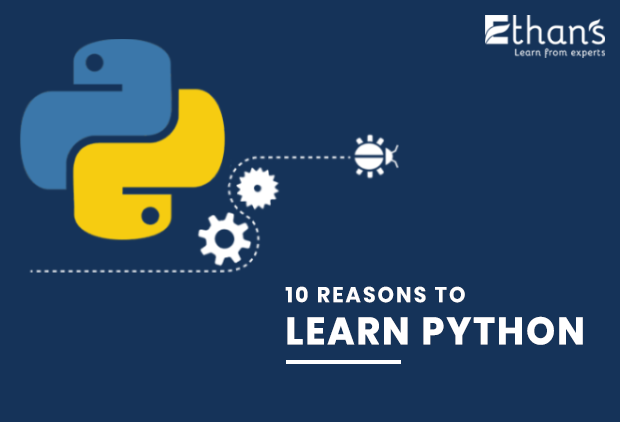 Since 2016, Python has been expanding, and it is expanding rapidly. Python is the second “most liked” language among developers, with 73% of respondents to the 2019 StackOverflow Developers’ Survey choosing it over other languages currently dominating the market. Why, then, is Python so well-liked? In 2020, why should you study Python? Here are five justifications for enrolling in the top Python classes in Pune, given these considerations.

Python is a straightforward language

Python language is exceptionally simple to use and learn for beginners and newbies, claim institutes providing data science courses in Pune. Python is a popular language for beginners since it lacks strict rules and difficult syntax. Python programmes can be readily created and performed much faster than codes in other programming languages since it closely mimics the English language.

Python is a flexible and highly portable language. In Python, cross-language operations are simple to complete. Python may be utilised in virtually any setting.

The majority of platforms used in the market today, including Windows, Linux, Macintosh, Play Station, and others, support it. Python is simple to combine with Java and.NET parts. The expansion capabilities of Python let you call C/C++ libraries. By eliminating the need to buy and learn a new operating system, this feature reduces additional expenditures.

Python is adored by tech giants

Since 2006, Google has utilized it for a variety of platforms and apps.

Python is heavily used by numerous well-known companies, including Yahoo, Google, Disney, NASA, Mozilla, and many others.

Python is always current and on-trend since, as we all know, it is an open-source language. Whatever you choose to explore, there are a wide variety of open-source libraries, frameworks, and modules available. It makes creating applications simple.

Python provides a wide variety of libraries and frameworks for different uses. Matplotlib, NumPy, Requests, and Scipy are a few examples.

Another scripting language is Python. Scripting is the process of writing code in the form of executable scripts. Python may also be used to automate certain operations, which will save time and effort. There are several excellent libraries available that make task automation simple. Expert instructors providing python courses in Pune with placement claim that Excel reports, emails, and other chores can be made simpler with a few lines of code.

Both machine learning and artificial intelligence

Right now, the demand for artificial intelligence is at an all-time high. The area of AI with the highest interest is machine learning. Making a machine learn from the data in a similar way that people learn from their experiences is the fundamental idea behind this field.

Python has grown significantly in popularity in the field of the most complicated technologies, such as AI, according to institutions providing online python training in Pune. Numerous algorithms are required to implement AI, however, thanks to Python’s predefined packages, you only need to run one command to install and load all of the required packages. TensorFlow, NumPy, Keras, and Theano are some of the best and most well-known AI-based Python libraries.

Python is regarded as one of the languages that web developers prefer the most. So, as a developer, understanding this language would be advantageous. Because it has so many libraries and frameworks, including Django, web2py, bottle.py, CherryPy, etc., Python is very helpful for web development.

Python is a simple language that supports some of the most well-known products and applications in the world from businesses like NASA, Google, IBM, Cisco, and Microsoft, among others.

In recent years, businesses have realized how crucial it is to use data analytics. The main motivation for many programmers to learn Python in 2020 is data science. Data exploration, analysis, and visualization are all done with Python. Because of how simple and quick the coding is compared to other languages, it is recommended.

Python is an interpreted, high-level, generic programming language that aids in the creation of manageable and logical code for both small- and big-project developers. Because it provides the test in a readable and informative manner, it is a favored option for test automation.

In India, there is a huge need for Python developers, but there is a very small supply. Python has recently provided many professional prospects in India. It’s a wise decision to pursue a career in Python. NASA, Google, Nokia, IBM, Disney, and other firms are a few examples of businesses that favor Python.

Among the highest-paid developers are those who work with Python.

Now that you are aware of the opportunities Python can provide for you, sign up with Ethans Tech for python training in Pune right away!