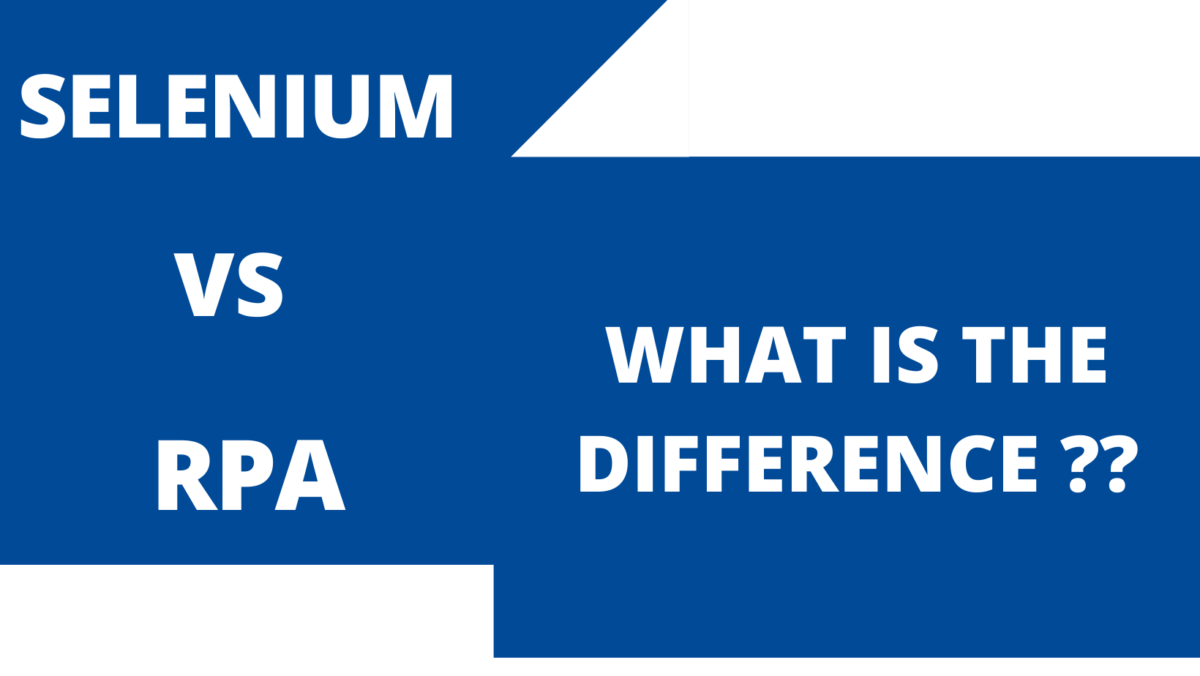 Technology, in recent days, has reached peaks and the increase of automation has added more wings to this transformation. From automating a simple unit test to automating the entire business process, technology has augmented its manner to the digital era. This Selenium vs RPA blog, like this blog, will provide you with a lucid concept of how those automation tools differ from one another.

Selenium is a free (open-source) automated testing framework used to validate web applications throughout exclusive browsers and platforms. You can use multiple programming languages like Java, C#, Python, etc to create Selenium Test Scripts. Testing was done the usage of the Selenium testing tool is generally known as Selenium Testing.

RPA is an application of technology, governed by business logic and structured inputs, aimed toward automating business processes. Using RPA tools, an organization can configure software, or a “robot,” to capture and interpret applications for processing a transaction, manipulating data, triggering responses, and communicating with other digital systems.

Difference between RPA and Selenium:

In this Selenium vs. RPA blog, this article has mentioned the main differences and similarities between the 2 booming automation software in the industry. Both Selenium and RPA have their personal pros and cons in terms of Automation. So, one needs to be particular about the necessities and the way properly those tools are aligned with the same.