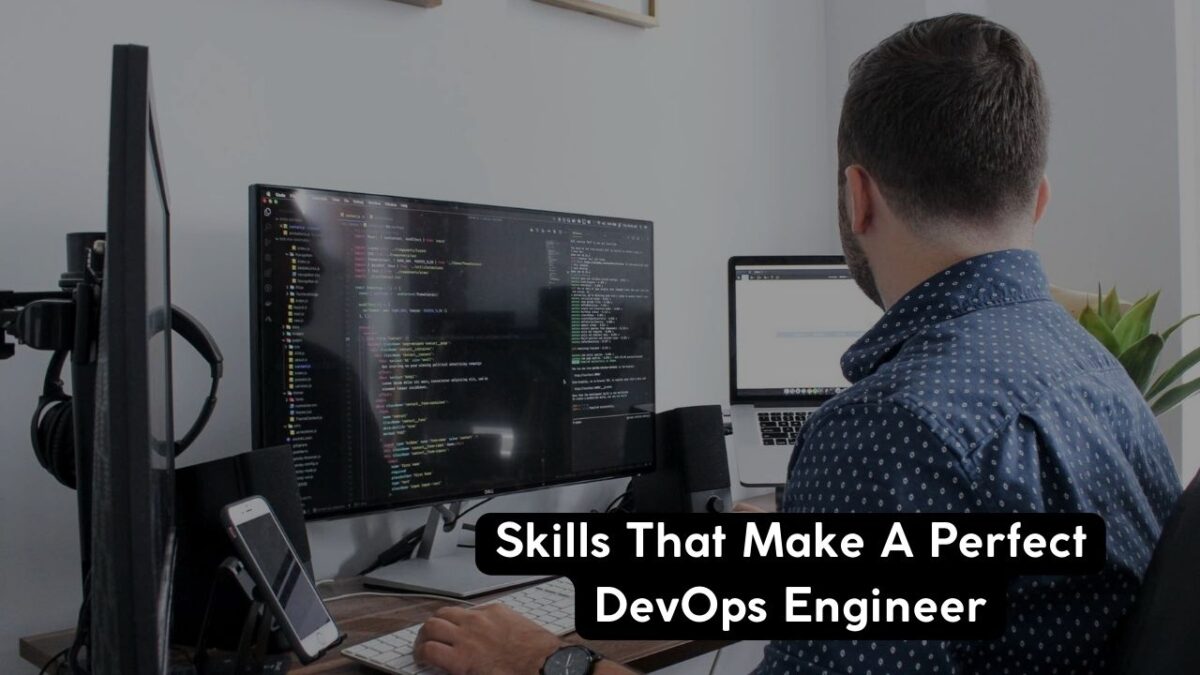 DevOps is more than just a technology solution, it has become a common buzzword in the IT industry, especially in the US IT market. DevOps is popular because it facilitates consistent, secure, and faster software delivery, resulting in faster time-to-market and higher end-user satisfaction.

These benefits make DevOps a necessity for many major enterprises. Small businesses are also embarking on their DevOps. All you need is a DevOps engineer and DevOps expertise.

Did you know? DevOps is one of the most in-demand technology roles in the US IT industry.

Agile ensures a robust product while DevOps focuses on automation, reducing errors, and increasing speed. Another key concept of DevOps is that developers and operations staff work in tandem rather than in silos, this is another principle that drives the growth and success of DevOps.

Finally, to become a DevOps engineer, you need the ability to communicate and collaborate. Coding and testing courses are an integral part of a DevOps engineer’s skills, but communication skills are also essential to being a successful DevOps developer.

Would you like to take advantage of this highly rewarding opportunity? Then you need to excel in the following 10 areas that make up a strong DevOps competency.

Communication and collaboration are essential to success in the DevOps race. These two are critical to breaking down the silos between Dev and Ops teams, aligning team goals with business goals, and implementing a cross-functional DevOps culture.

Being good at coding and automation is not enough. DevOps requires a separate workforce with soft skills, initiative, flexibility, and the ability to learn. DevOps professionals need to be both doers and listeners.

The success of DevOps depends only on the toolset used at various stages of its implementation. It’s hard to count the number of tools DevOps has brought. However, the importance of DevOps success needs further explanation.

Risk ratios often match deployment speeds enabled by DevOps. This limitation can prevent security from working or prevent it from functioning as a separate process as it used to. This is the DevSecOps benefit of integrating security and SDLC from the beginning.

DevSecOps skills are therefore arguably an additional asset for the success of DevOps professionals.

Becoming a DevOps Engineer requires a solid understanding of automation, which is central to the DevOps process. DevOps engineers should be able to automate the entire DevOps pipeline, including CI/CD cycles, app performance monitoring, infrastructure, and configuration.

A DevOps automation skill set goes hand in hand with knowledge of the DevOps toolset, coding, and scripting.

Coding and scripting are two key skills a DevOps engineer should have. Python, Ruby, Python, Java, Javascript, PHP, Bash, Shell, and Node.js are among the most recommended programming/scripting languages.

Linux is one of the operating environments hardcore developers use to this day. This has a lot of freedom and this flexibility benefits his DevOps engineers around the world. Not all DevOps developers adopt Linux all the time, but all DevOps engineers should use Linux at some point in their careers. It’s not difficult to learn the basics of Linux, such as B. Connect to a server to create and edit files.

This is considered common sense. However, becoming a DevOps engineer can take years of proficiency. Although not strictly necessary, large companies often stick to well-known and established Linux distributions. This is usually because you want to support them, and the programs you want to use are only approved for use with those known distributions.

Various courses are available online, typically from Red Hat. You can sign up for any of them and start coding and scripting.

Cloud and DevOps Always Together

The efficiency of one directly depends on and is affected by the other. DevOps methodologies drive the process, and the cloud enables it by providing the necessary platform to test, deploy, and share code.

Customer satisfaction is the ultimate goal of any successful DevOps process. With this in mind, DevOps professionals should deliver value to end users in line with business objectives, whatever the function they perform.

Stakeholders such as developers, testers, project managers, and organizational leaders should work together to achieve a common goal.

DevOps Engineers/Professionals need a positive attitude and passion for their work that directly reflects their performance and productivity. Additionally, some of the processes need to be kept up-to-date with related technologies, new tools, etc.

From the above context, it is clear that DevOps is more of a culture than a technology solution. According to Ethan Tech “The more you understand, the more useful it will be.” Ethans can provide a complete DevOps course with placement in Pune and Pimpri Chinchwad. As a professional, enterprise, or service provider, a successful DevOps journey requires openness to change, operational agility, and a combination of hard and soft skills.

Contact us now for complete information and the best career guidance!